I Require My Own Personal Dungeon Master 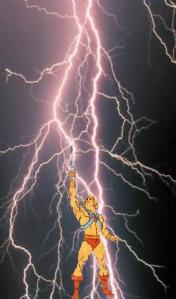 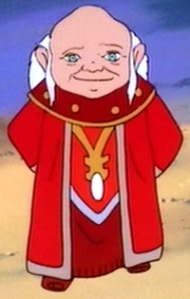 I admire ‘Man- At-Arms’ never breaking character. They probably thought him quite senile.  Orko and the Sorceress would be the only ones there, who also know prince Adam is He-Man: yet every single time He-Man walked into a room, it seemed to blow Man-At-Arm’s mother loving mind.

Adam would walk out, then straight back into the room; and every time the conversation would go something along the lines of:

He-Man: “I thought I’d find you in here Duncan… the room I literally just left, as you know, to turn into He-Man, who you know I am, but to do so outside; so as to not singe the furniture…”

And without fail, as if it was the absolute most surprising thing that could have possibly happened to him at that juncture in his life, from Man-At-Arms you would indelibly get a half stammered, semi-bewildered:

As I say, I admire the commitment to the cover story. But it must have got awkward at the beach, or when Adam would change shirts, or come out of the pool or shower:

King Randor: “No Man-At-Arms, my old friend, that is just prince Adam…um…again…this time he’s just wearing a towel…so you will have to speak up”

In truth, it probably rarely came up, since Adam only seemed to have variations on the pink on purple ensemble, with the white fluffy deco; as if perpetually on his way to an Eternian pride parade.

But this is only from some of the beginning of my research work; Gary Chalk, a voice actor who played nearly every role in He-Man, as well as Optimus Prime and others, is going to be at the event.

This is why I believe a scene guide to be necessary; I can in no way review all of this programming, read all of the behind the scenes, or get a feel for the work of even just the artists in attendance.

This is also why the background information within the time frame is so vital to this project.

Some people would cut off their arm for some time with Gary Chalk; most others for time with Summer Glau; nearly all, as far as I can tell, for time with Peter Dinklage or George R.R. Martin.

There are a whole bunch of LOTR (that’s Lord of the Rings, in nerd) people due to be there as well.

It is a good lead, but the difference between retro, comics, film, series and animation is going to be crucial to get the desired result with minimal man power.

I require the playlists for every media player; the hard drives from every computer; the search histories; thumb drives; DVD collection – everything.

Posters. Where they were placed. I need to know childhood as well as last known favourites.

Is TG an artist? What are known favourites of TG’s friends/partners, if known. Especially early partners, youth exposure, and anything known regarding gifts TG gave to any last known affiliates.

Let me deputise some people rather than bribe. A $50 service fee payed to a few older gamers, who still happen to wear costumes, would allow me to wrap this. You are paperweighting me to drowning point.

Besides, I do not know these shows or artists – I reiterate I need a guide. But someone who won’t say anything even as innocuous as “he’s really nice, he’s always taking notes though…that is a bit weird now you mention it”.

A “deputy”, with some skin in the game, wouldn’t do that. And then I would take ID. But only then.

This Target is savvy. They’ve ditched before. I am merely trying for the best possible outcome.

And what about security?

They are around and trained, even the volunteers (probably). But I suggested that in the initial rebrief. “No, we don’t know the connections network”.

Which I have just weeks to map now, if it is to be of any use. And I am on my own in the mean time.

This piece is unlikely to get through TArth for probably 2 legitimate (and 3 protocol based but entirely illegitimate) reasons. But I can not contact the contract holder directly any other way.

There are ways a post like this can help, if released enough time before [REDACTED] as out lined in rebrief 2.1-A.

I’m not going to Bill, obviously. QCC have no direct authority on field work matters, that have no clinical applications; and so that leaves TArth.

Again, my position loses many of its benefits if I get paperweighted.

Get me entry, some palm cash, 1 recorder and a deck of Tarot cards and I’ll sort the rest. The new school of old school.

Why pay me to refuse my suggestions? And then also get in my way? Especially when I have to then take the blame for missed hits.

Please show the client liaison this entry, along with the under notices.

Let me end by reiterating I know how to do my job, and I am not even that unorthodox. Look at my record.

Plus, you know I’ll find a legitimate way to ignore any instruction that hinders my performance anyway. Again, look at my record.

We are a team here guys, so come on; just leave me alone to do things my way.

That is what team work is all about, if you think about it.

You wouldn’t have an “Avengers” with 3 Ice-Man type characters and 3 others that could control the weather: that would be stupid. That would be a stupid team.

We are here because we bring different skill sets. Performance, investigation and profiling is my territory.

Though let me be clear about one more thing, above all others: I will take your money either way.

But I would rather both get paid and get the job done.

Which brings me to the final item; the urgent matter of the new profile.

From: What the Hell is CosPlay?