When All That is Trusted is Distrust, Only Accusations of Distrust Can Be Trusted: Trump Brief.

Journey Chronicle in Letters and Science 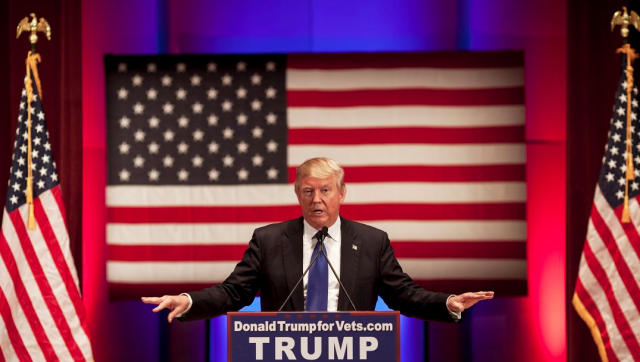 Due to the inflammatory nature of the candidate’s campaign, there is a high probability of protests in reaction, though this was the case with either outcome. It is highly probable these will dissipate if left to burn themselves out, without a heavy handed intervention.

It is probable similar protests will return at various policy points over at least the next 12months.

It is very likely a call to come together in unity will be well received, as to not accept such an olive branch would act as an “identity threat” to the majority left leaning protesters.

It is of high probability there will be a pacification possible over the next 12months, by targeting key issues for symbolic compromise.